Born on February 17, 1979, in Cottonwood, Father Ben studied at Mount Angel Seminary and was ordained to the priesthood June 8, 2006, by Bishop Michael Driscoll in the Cathedral of St. John the Evangelist in Boise.

Father Ben served as Parochial Vicar at Holy Apostles Parish from 2006-07 and then at Holy Spirit Parish in Pocatello from 2007-2008, followed by Risen Christ Parish in Boise from 2008-10. In 2010, he studied Spanish in Mexico during the summer and upon his return was appointed Pastor at Our Lady of Good Counsel Parish in Mountain Home, serving there, and at its mission churches in Glenns Ferry and Bruneau, from 2010-13. He was appointed Pastor at St. Mark's Parish in 2013, serving there until October 2021 after which he had been on sabbatical until his appointment to Risen Christ on May 1, 2022. 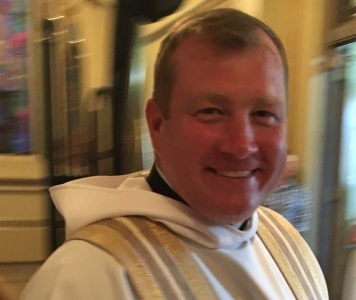